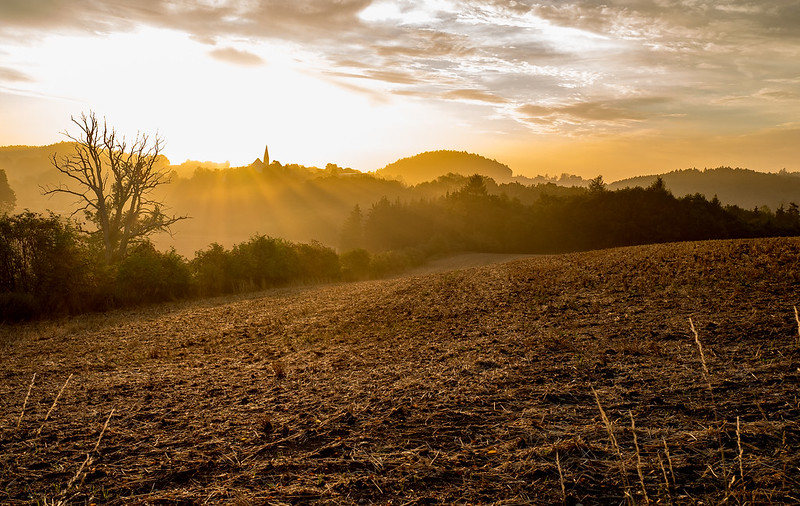 “Go up to the mountains and bring wood and build the temple, that I may take pleasure in it and be glorified,” says the LORD

While serving as a regional director of American Missionary Fellowship out west, Linda and I spent many Sundays on the road traveling either home or to our next ministry destination. Putting on over 50,000 miles a year, living out of suitcases, and eating fast food, all took its toll in just a few years. But the most difficult part of that particular ministry was missing out on Sunday worship, being in God’s house with our brothers and sisters in Christ, enjoying worship, praise, and glorifying God together.

Now, I understand that as believers in Christ we can glorify God in a myriad of ways. It should also be noted, all that we do to glorify God isn’t done just one hour on Sunday morning. I should think if that were the case, God would not be glorified at all, but rather be patronized. But as the title of this article suggests, all that we do should glorify God.

So, what does it mean to glorify God? As I have written on this topic before, let me suggest that to glorify God means to acknowledge all that God is, to acknowledge His splendor, His greatness, to give Him the praise that He alone deserves because of who He is and what He has done because of His goodness, mercy, grace, and love. It is also to acknowledge God’s power, His Sovereignty over us and the world that we live in. It is the acknowledgment of His Fatherhood over His children, His Lordship over His subjects. And as we think on these things, we remember what God has done in the past, what He is doing at the moment, and the things He promises to do in the future. This may not be an all-consuming definition of glorifying God, but I believe it holds some of the key thoughts and elements.

THE ACT OF GLORIFYING GOD

Although the acknowledgment of all that God is and what He can and will accomplish is important, there is also the element of the act of glorifying God. To bring about action, one must submit the whole of the person to Him, all that he or she is, a surrendering of the body, mind, spirit, and the very core of our soul. It is the act of surrendering self. Although our testimony of words is certainly important in giving God the glory due His name, words are much easier than putting words into action.

This is exactly where Israel went wrong in their worship (or lack thereof) to the LORD. The glory of God was dimmed by the lens of apathy. They lived in paneled houses, (in modern terms, Israel was living in luxurious houses), while the temple, that was meant to bring God glory, was in ruins. Their pitiful excuse was, “It’s not time to rebuild the temple.” We would say, “Oh, the timing isn’t right, we need to wait for a better time.” In the process, they were losing out on the blessings that come with glorifying God through action.

ALL FOR THE GLORY OF GOD

When an individual makes a commitment to glorifying God through acknowledgment and action they will stand out. When a congregation makes that same commitment, they become a beacon, a lighthouse that draws people away from danger and moves them toward safety. Haggai repeatedly challenged the people of God to think about their relationship with God. They had become neglectful and disinterested in the One who loved them with an unfailing love. It was so bad that God allowed Judah to suffer a drought (1:11). God calls them to consider their ways (1:5), they were blind to the fact that, as hard as they worked, they didn’t have enough to show for it (1:6). Why? Because they neglected their relationship with the LORD. “All for the glory of God” was not in their thinking nor in their way of doing life. And the worse of it was, they saw no connection between the temple and their neglect of commitment to God.

THE TEMPLE WAS MORE THAN A BUILDING

In 2:1-3 the word of the LORD came to Haggai and a series of questions are asked. “Who is left among you who saw this temple in its former glory? And how do you see it now? In comparison with it, is this not in your eyes as nothing?” The former glory or splendor that is being referred to is that of Solomon’s temple (1Kings 6:38). Compared to Solomon’s temple, the ruined temple had lost all its glory and it saddened God but worse than that it was an indication of the spiritual temperature of the people. The temple was more than a building; it was a reflection of attitude toward God. The people of Israel cared more about their lifestyle and standard of living than the attitude of, “All For The Glory Of God.”

“True biblical worship so satisfies our total personality that we don’t have to shop around for man-made substitutes. William Temple made this clear in his masterful definition of worship:

For worship is the submission of all our nature to God. It is the quickening of conscience by His holiness; the nourishment of mind with His truth; the purifying of imagination by His beauty; the opening of the heart to His love; the surrender of will to His purpose — and all of this gathered up in adoration, the most selfless emotion of which our nature is capable and therefore the chief remedy for that self-centeredness which is our original sin and the source of all actual sin.”

I believe Mr. Temple’s definition of worship is also a great rendering of “all for the glory of God.” What are the ways you are acknowledging and acting on glorifying God? Whatever it may be do it so that the LORD “may take pleasure in it and be glorified…”

This is Pastor Pat FROM BEHIND THE PEN, wishing you Joy in Jesus!