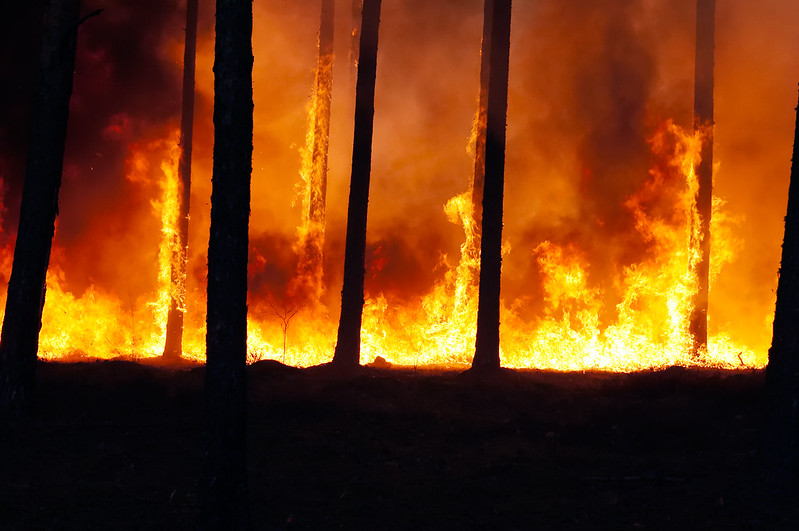 “I will utterly consume everything from the face of the land, says the LORD…”

In my reading of and research on the Book of Zephaniah, I found no loss of themes to write about. The fact is, one could very well camp out on this prophet’s writing for months of Holy Spirit insights, and still not scratch the surface of this short but powerful Script. So it is, I would like to quote Stephen R. Miller’s introduction to Zephaniah: “Zephaniah prophesies the coming day of the Lord—a time of judgment on the wicked and blessing for the righteous. Historically, he warns Judah and other nations that a day of the Lord will come for them if they do not repent. He pleads with his wayward nation to seek the Lord in repentance before it is too late. He concludes by prophesying the subsequent blessings of the righteous in the glorious messianic kingdom. Both God’s judgment of sin and future blessings on His people rest on his unchangeable character.”

When I was in the Marines I decided that I wanted to learn how to surf. I was already a skier, so in my little and uninformed mind, I thought for sure that transitioning to a surfboard would be easy. I mean, what could go wrong? They both involved sliding on the water, one frozen the other not and they both take a certain amount of balance and coordination. Honestly, that is where the similarities rest between these two sports. And, what could go wrong? How about everything except drowning. The difference that I experienced right away has to do with stability. When surfing the waves do not stay the same from one to another. Getting in front of them is important in order to “catch the wave.” Too far in front, the wave eats you like a Saturday morning breakfast. Too far behind, and you find yourself going backward, waiting for the next wave. When you finally do catch a wave, the water shifts underneath you, and try as you might, the wave without a brain, wants nothing more than to send you to the bottom where water and sand meet, giving you a new meaning to the phrases, road rash, and salt in the wound.

For me, stability means everything. I like the consistency of knowing that something or someone is going to act a certain way… Stable, perhaps even predictable. Not that I can so much predict what He will do next but what His expectations are of me as one of His children and what the consequences are when I either act with responsibility or not.

Now, I have no idea when the Lord will return for us, but like many, I am wondering if we are in the last days of the last days. Like many of you, I am watching and waiting, looking… looking up, searching the sky for the His glorious appearing. Come, Lord Jesus! But at the same time, my feet are firmly planted on the planet. I view the ugly and the beautiful of this world. My head is not stuck in the sand and I have no notion of a Pollyanna principle that states, “The tendency for people to remember pleasant items more accurately than unpleasant ones.” Yet, while I live on earth and as much as the world around me seems to be changing, I enjoy knowing that God is always going to act like Himself. As 2Timothy 2:13 says, “He cannot deny Himself.” He is everything I look for in my Creator Consumer God. He exudes consistency, control, stability, endurance, and is constant and unchanging. Unlike the waves of the sea that change direction with every breeze that comes by, He is a Rock of rocks, never moving, ever-flowing to His own will, always in control of what He has created, and can be counted on to act according to His perfect nature…Praise God!!!

WHAT WE CAN COUNT ON

Of all the things we can count on this side of Heaven, we can count on God being God. That is, we can count on Him being our Creator Consumer. Israel always had to learn the hard way. Zephaniah, like all the true prophets of God, warned his generation to turn from their sin and seek the Lord. Sometimes we wonder how God’s people could move so far from what He expected from them but then we must look in the mirror and ask ourselves the same question. Zephaniah 1:12 gives us insight into just how spiritually low God’s people can go and it should be a warning to us. He says, concerning the spiritual temperature of the people, “Who are settled in complacency, who say in their heart, the LORD will not do good, nor will He do evil.” Like the gods of Israel’s enemies, Israel believed that our Creator Consumer God was impotent, powerless to act whether good or evil. They had become complacent in their view of God, viewing Him as just another god on a pile of gods. In modern-day thought it may sound like this, “Who cares what you believe in as long as you believe in something.”

But that is a far cry from the right view of the One true God. In Chapter two we get a picture of a God who wants to show mercy to those who repent. Not just to Israel but to all the nations. Yet if they don’t, He will also be the God of unchanging justice (2:4-15). Why? Because in 3:1-7 we are told that God has an unchanging moral law. For those who rebel against God’s moral law, He will be a consuming God, and those who disobey His moral law will be punished.

We can count on so much when it comes to God’s enacting His plan from the beginning of Creation to its consummation in Christ. This creator God will consume the earth like a consuming fire and no one will escape, except by His grace. He will judge His people and judge the nations of the world. Why? Because He is a God of mercy, justice, and promise. Promise? Oh, I saved the best for last. Get your spoon out, dessert is finally here. God promises a better world (3:9-20). Like a bad ride on a surfboard (if I’m riding it), this world is being pitched headlong into a sea of decay, and if the wave of repentance is not once again ridden it will not end well for the nations. But fear not, for we are told, “For then I will restore to the peoples a pure language, that they all may call on the name of the LORD, to serve Him with one accord.” (3:9) From beyond the rivers of Ethiopia to the remnant of Israel we will see the righteous called to God.

There is a saying, “all good things must come to an end.” But a proper biblical view would beg to differ. According to the Word, all bad things will come to an end. All the hate, evil, mean-spiritedness, godlessness, and immorality will come to an end, and all the good stuff, the really good stuff has yet to be seen. How do I know this? “The LORD your God in your midst, the Mighty One will save…” (3:17). The God of unchanging mercy, justice, moral law, and promise of a better world is found in His Son Jesus Christ, and in His coming, all of history and nations will be consumed in Him. Have you trusted Jesus for your salvation…before it is too late?

This is Pastor Pat FROM BEHIND THE PEN, wishing you Joy in Jesus!