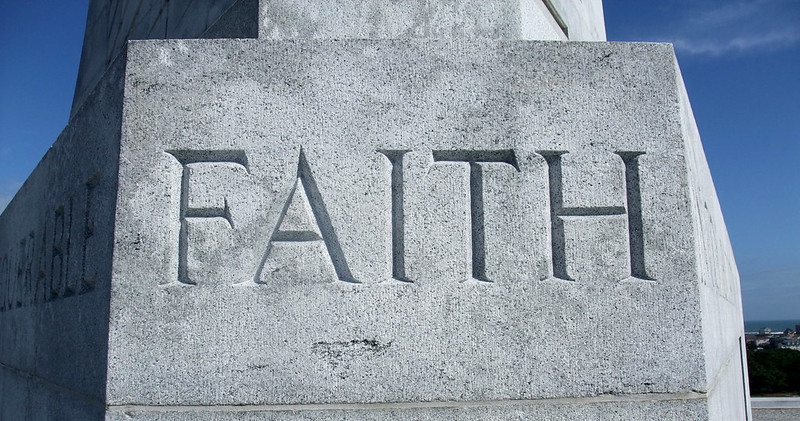 “Behold the proud, his soul is not upright in him; But the just shall live by his faith.”

Habakkuk is one of those small but profound books of the Bible. Only three chapters long, it stands as a true testament of all that is holy about God. The prophet Habakkuk, whose name means, “one who embraces,” begins his writing by questioning God. He says, “O LORD, how long shall I cry, and You will not hear?” As his questioning complaint rises to heaven, it seems that he is not pleased with the way God is handling Judah’s sin and rebellion. John MacArthur goes even further by stating, “Habakkuk questioned God’s wisdom, expressing bewilderment at His seeming inactivity in the face of blatant violation of His law.” MacArthur’s comment seems to be justified if one considers Habakkuk’s words in verses two and three. He cries out, “Violence!”, and tells God that there is iniquity, wickedness, and destruction going on in Judah. Strife and contention filled the land. It is as though Habakkuk is making demands of God to know how long He will put up with Judah’s rebellion.

But it doesn’t take long for God to answer Habakkuk. God answer Habakkuk by saying, “Look among the nations and watch—Be utterly astounded! For I will work a work in your days which you would not believe, though it were told you.” (1:5) God breaks His silence by telling Habakkuk that He would raise up the Chaldeans (v.6) who were considered a deadly people, like fierce wolves who hunt when the sun goes down, there would be no escaping their dreaded jaws.

As we continue to read chapter two, we see the prophet ask another question. He says, “Are You not from everlasting, O LORD my God, my Holy One? (v.12) Yes, God is holy, perfect, and everlasting. So how can a holy and perfect God use the Chaldeans who are wicked, to discipline His people? (Implied, verse 13) I believe Habakkuk really wanted to trust God’s judgment and wisdom in dealing with His people but he was very perplexed in the way He went about it.

That’s the problem with human beings, dare I say, believers in Christ? We want God to do something with His people, to get them to repent, live godly lives, live holy and pure before Him, and then when He chooses to do it His own way, we question Him on His methods.

God reminds Habakkuk that He hasn’t forgotten how evil the Chaldeans were and in Chapter two responds to all of the prophet’s questions. Basically, God is saying, “Write all this down because it is going to happen. You can count on it!” (verses 2-3) God was going to deal with the “proud” Chaldeans (v.4) but for the “just” they will live by their faith.

Not too long ago Linda and I took a trip to Maine, taking all the back roads through Vermont, New Hampshire, settling in Kittery, Maine for the night. We enjoyed a leisurely ride through the mountains, little villages, and shopping in quaint little stores as we strolled the easygoing streets. In that great three-day getaway, I did all the driving. Coming home we took the most expedient route, arriving home in just under five hours non-stop. And yes, I did all the driving home too. Why? Because I have a problem with control, especially when it comes to driving. And when it comes to God’s control over my life and current experiences I must admit that I want to take over the wheel from God too.

As I read the “embracing” prophet, I get the impression that he is questioning God’s control over the situation and methods He is using to get His people back on track. But what we see with Habakkuk we could very well see in ourselves. We want God to do something with His wayward people but when we see Him do something we become perplexed or frustrated in the way He handles the situation. I believe it isn’t just a problem of giving God the control (as if we could stop Him), but a poor view of what faith is.

As you come to chapter two verse four, I believe things are cleared up for Habakkuk and hopefully for us too. God says to Habakkuk, “Behold the proud, His soul is not upright in him; But the just shall live by his faith.”

The Apostle Paul takes a page out of Habakkuk, when he writes nearly the same thing in Romans 1:17, “For in it the righteousness of God is revealed from faith to faith; as it is written, ‘The just shall live by faith.’” For those of us who have a problem with control, who are always trying to get God to see and do it our way, this verse is a reminder that God has His own timetable, methods, and plan. He reminds Habakkuk and us that the actions of the “proud” (2:4) don’t go unnoticed and that He knows their end, He will deal with them His way. But for the rest of us, God makes it clear—we are to be a people of faith. “The just shall live by faith.” That is, we as believers, will exist, function, and mature in Christ by faith. Those who are justified in Christ, flesh out their lives in faith, we trust Him, that He knows best, has the best plan, and has the power to carry out that plan in His wonderful perfection—His timing—His way.

I once made a comment that I would like to write an article on fatalism and the sovereignty of God. So far, I haven’t made the move from thought to pen. But as I think about faith, I realize that living by faith has no room for fatalism. Why? Because Faith is all about trusting an active, powerful God who has control of life’s wheel and He will not let go. Perhaps today you or someone you know is struggling with the way God is handling what you or they are going through. Trust Him by living by your faith in Him. You will not be disappointed.

This is Pastor Pat, FROM BEHIND THE PEN, wishing you Joy in Jesus!